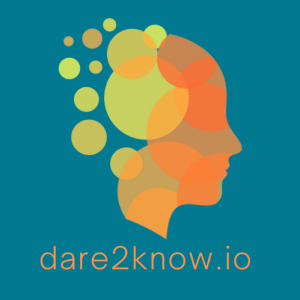 Firstly, in an era of fake news I should point out that “faking it” in the start-up world isn’t necessarily as bad as it sounds. The legends of Jobs/Wozniak, Gates/Allen & Brin/Page are interwoven with tales of some pretty big fibs told at certain stages of their respective journeys, and especially at the beginning (W.Isaacson, Innovators).

One can argue that all human endeavor begins with a certain degree of delusion at the outset. This has evolutionary origins. No early ancestor would have set out from Africa nor paddled across the Pacific if they knew how hard it was going to be (Y.N. Harari, Sapiens)

Yet, start-up entrepreneurs have a tendency to sustain and over extend this delusion by enrolling others in the fantasy, and this often begins with their mentor. Before they know it, mentors are “high-fiving” their talented, persuasive and technologically gifted clients and saying things like “wow, that’s totally awesome, just go for it man!” (or so I’m told by my American colleagues). Even a more British “not bad that” can turbo charge a delusional entrepreneur a further few months along their rapidly diminishing runway.

This really matters as helping the client to critically reflect and open themselves and their concept to feedback is in the job description of a start up mentor. Mentors are one of the checks and balances in the start-up system and given the high statistical failure rate of start ups, it looks like we can all do a better job. Mentors often can’t turn a turkey of an idea into a tree climbing monkey, but they can avoid an awful lot of life and financial capital being extended in the effort.

So here’s the problem. It is often the case that 30 seconds into a conversation with a block chain builder, machine learning CTO or FinTech founder, the mentor does not have the technical or market skills to fully evaluate the idea. Indeed, how could they have as these are often emergent technologies in immature markets, so who could possibly be sufficiently “expert” to know anyway.

This really goes to the heart of the challenge of mentoring. So often, mentors are selected on the basis of having compatible knowledge or experience. Yet mostly this historic competency set is useless in the here and now. Even if you were a successful founder of a machine learning start-up 18 months ago, you might still find it hard to be sufficiently expert to spot the bullshit factor in such a rapidly shifting field where your knowledge is considered increasingly obsolete by current founders. I recall a gaming founder complaining that their start-up mentor was holding them back, as the mentor had exited three years prior and the industry had “moved on”.

All mentors therefore, no matter how expert they think they might be, need a tool or framework for identifying the flakiness of an idea. This is true even if the idea appears to fall broadly within the mentors domain of knowledge. At Pivomo, we are training and accrediting start-up mentors with such a tool. Beware though, this is new so questions and feedback are welcome (up to a point…we paddle across oceans too!).

When listening to an idea for the first time there are a few critical tests that the mentor can use. The key here is that the mentor asks the right questions, and makes a few key critical probes, without necessarily knowing whether the content of the answer is true. By developing a good ear, and listening contextually, it is possible to hear when the client is guessing, making assumptions, flannelling, or just generally entering a stream of creative unconsciousness. Sometimes, simply reflecting back what you’re observing or hearing can be very powerful. For example, stating… “that sounds like an assumption to me”, can be exactly the challenge the founder needs to check in with reality.

All of this information is present in language, not facts. By the way, good CEOs and savvy investors already know this. It is often a matter of transferring this skill over from the boardroom to the mentoring dialogue. (Clue: This 6th sense is the real reason mentors are employed, not because they know stuff the client doesn’t).

Here is the framework that we have developed at Pivomo:

As with all frameworks, it is designed to be used flexibly and woven into a dialogue. It is not a test! It is not designed to make the mentor look smarter. It is simply a process that enables both the client and mentor to learn together.

Consistently/inconsistency looks at the extent to which the client’s concept fits in with established theories and ideas about the subject. So, asking a question such “how does this idea fit in with current thinking in this area?” starts a process whereby the client critically examines their idea in comparison to other ideas. The richness of this comparison is usually fairly evident by the number and specificity of the comparisons.

A good technique is to ask “how can you simplify the idea?” Immature ideas are usually more complex than they need to be and this question takes Occam’s Razor to an overly elaborate idea.

Innovations normally come in clusters and so if the founder says “there’s nothing quite like it out there” ask them how they came up with the idea in the first place. Normally there is a situated context for new concepts, likely to be festering in a primordial soup. Silicon Valley’s Homebrew Club is an example of just how unoriginal some of the ideas of Jobs and Gates really were. As they have later acknowledged, they both stole from others, and each other. (W Isaacson, Innovators)

To deepen the dialogue, the mentor might ask “and where might this idea be inconsistent or contradictory of current thinking?” This requires the founder to think from the contra perspective.

Follow up problems such as  “what other ideas have you sourced to build out this concept?” This can help overcome tunnel vision.

As an example of the application of this technique, one can cite one of the most common failings in start ups which is to accurately reflect the competitive landscape. All too often, real competitors and rivals are conveniently left off the chart, or diminished in importance. It’s often very hard for any mentor not in the current swim of events to spot this. Even ones who are might not have the detached view to look at the analysis critically. Asking the founder to compare and contrast their ideas to other competitors, and asking how they made this selection is one of the best ways a mentor can be a useful critical friend.

It is perfectly fine at this stage to allow the founder to stay in the abstract realm. Indeed, bringing too many pragmatic concerns can kill a promising idea just as it is about to launch into flight. Help the founder put some air under its wings.

The goal in this first part of the Framework is to ensure the concept has 3 dimensions, and has been examined in the round.

In this phase of the dialogue, a mentor asks the founder to reference how the various stakeholders of the project might view the new idea, especially if it’s a pivot or major extension on a previously agreed project. The founder needs to think through how co-founders, early investors, technical advisors etc might view the new concept.

A common example is a commercial founder failing to take account of the coding complexities of an exciting idea, until it is too late.

Questions such as “what impact will this idea have?” and even as simple as “so what?” requires the founder to justify the concept in real-world terms rather than in abstract concepts.

The mentor can adopt a third party perspective by asking how different groups of customers and industry players might see things. A good example is FinTech where too many founders under estimated the institutional constraints of adopting open lateral payment systems, even though they might be technically superior and deliver benefits to consumers. Grubby real world concerns like organizational politics do matter.

An early priority is to see if the founder is willing to test and revise the idea through experimentation. Too often, they prefer to keep the “bright shiny thing” unsullied by contact with reality.

In this phase of the dialogue, the mentor wants to ensure the thinking of the founder is joined up, and is connected to a future roadmap. “Walk me though where you go from here” helps the founder to translate the concept into a meaningful and actionable pathway. You can test here for logic, time requirements and resource levels.  A good start up concept has thoughtful execution baked in.

Enhancing the Start Up Ecosystem

The golden thread running through all these phases is that an original concept, scientific discovery or technological innovation does not necessarily mean that it is a sound business idea.

The purpose is not to be negative or obstructive. It is a good idea for the mentor to positively recognise that their client has come up with new ideas, while suggesting that they work together in a structured way to test and examine the idea to see how robust it is. One advantage of working with the CARS Framework is that it is possible to alert the client upfront that you will be using an established and proven technique, rather than being seen as a “blocker” or “cynic” who is slow to accept new ideas, or even worse, appear to be threatened or in competition with your client!

If mentors can use more robust and professional methods in their work with founders, we can be in service of the whole start-up eco-system.

To find out more about how you can become an excellent mentor, follow the link to find our more about our mentor training and accreditation programmes:

I founded Pivomo in order to provide entrepreneurs with access to virtual mentoring tools and enable them to access mentoring insights anytime and anywhere.

Impact investors to know in the European startup ecosystem

As an entrepreneur, are you interested in living your values when it comes to building your business, or driving for growth at

Getting the right person/role fit The Dynamiqe™ entrepreneurial profiling tool, developed by Dr Andrew Atter, is originally based on 5 years of

This startup is demonstrating the enormous potential of using new technology to improve people’s lives. Dyslex.ie developed a software to help dyslexic

I founded Pivomo in order to provide entrepreneurs with access to virtual mentoring tools and enable them to access mentoring insights anytime and anywhere.

Impact investors to know in the European startup ecosystem

As an entrepreneur, are you interested in living your values when it comes to building your business, or driving for growth at

Getting the right person/role fit The Dynamiqe™ entrepreneurial profiling tool, developed by Dr Andrew Atter, is originally based on 5 years of

This startup is demonstrating the enormous potential of using new technology to improve people’s lives. Dyslex.ie developed a software to help dyslexic

Any cookies that may not be particularly necessary for the website to function and is used specifically to collect user personal data via analytics, ads, other embedded contents are termed as non-necessary cookies. It is mandatory to procure user consent prior to running these cookies on your website.